Harper Lee and Scout Finch Return to the Public Eye

Harper Lee and Scout Finch Return to the Public Eye 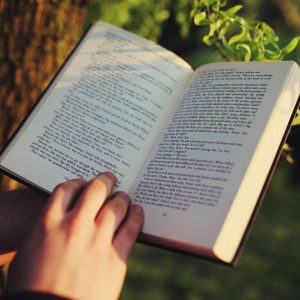 Since its publication in 1960, To Kill a Mockingbird has had a profound impact on children and adults worldwide. Harper Lee’s first printed novel has been published in over forty different languages and still sells a million copies annually—a testament to its accessibility and power. Just as young Scout Finch had to grapple with the grim realities surrounding her, for many of us To Kill a Mockingbird was our first striking venture into the matters of adulthood. The book has also received significant critical acclaim, and was awarded the Pulitzer Prize in 1961. After her first roaring success, Lee never published any other writing—until now, over fifty years later.

Go Set a Watchman, released on July 14, was actually written before To Kill a Mockingbird. Lee’s editor was enamored with the snippets of Scout’s past throughout the manuscript, and suggested that Lee go in that direction with a separate novel, which later became To Kill a Mockingbird. Lee’s newly published novel takes place during the 1950s, and features an adult Scout, who resides in New York but visits her hometown and her aging father—the famous Atticus Finch—in Maycomb, Alabama. After temporal and geographical distance, Scout is faced with sorting out her feelings toward Maycomb and the slew of racial issues it contains.

Go Set a Watchman, whose first print run of two million copies was increased to 3.3 million after selling over a million copies in the week following its release, has broken HarperCollins’ record for most pre-ordered book and fastest selling book. It is classified as adult fiction, and rests at a comfortable length of about 300 pages. The manuscript was published in essentially the same state in which it was found.

It’s too soon to tell whether Go Set a Watchman will become a classic like its predecessor, but regardless of its lasting impact and whether it makes us view To Kill a Mockingbird in a different light, it is a pleasure to return to characters we know and love and to see them developed further. The novel, which is interwoven with familiar flashbacks to Scout’s childhood, draws us once again into the world of Jem and Dill, of Atticus and Aunt Alexandra, and—perhaps most importantly—of Maycomb, Alabama, the fictional but terrifyingly realistic place that many of us first visited during our own childhoods.

The setting of Maycomb in both of Harper Lee’s novels is modeled after the author’s hometown of Monroeville, Alabama, but the similarities don’t stop there. Finch was Lee’s mother’s maiden name, and Lee and Scout would have been about the same age in the early 1930s when To Kill a Mockingbird takes place.