Genealogical Research and Publishing: From the Gilded Age to DNA

Genealogical Research and Publishing: From the Gilded Age to DNA 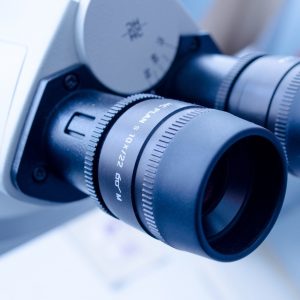 Genealogical research techniques have evolved greatly from the Gilded Age of the late nineteenth century, where finding one’s roots was largely the province of wealthy families who could afford professional researchers. Goals from this endeavor, aside from making a record of one’s ancestry for posterity, included proving a royal or presidential lineage, or membership in an exclusive hereditary organization such as the General Society of Mayflower Descendants (GSMD), the Daughters of the American Revolution (DAR) or the General Society of Colonial Wars, each of which was founded in the 1890s.

Often, such research would be published as sumptuous hardcover books, elaborate family record charts, samplers or artfully penned and illustrated manuscript genealogies. The idea was to demonstrate reverence for one’s ancestors by producing what was often considered a work of folk art.

Nowadays, in addition to information gleaned from dusty tomes, microfilm in libraries and, more recently, online resources, genetics has become a critical component of modern genealogical research. Typically, for between $100 and $200, you can now submit a DNA sample that will shed light on your family’s ancestry, a concept that in years past might hardly have been imagined. Popular television programs such as Who Do You Think You Are? on TLC and Finding Your Roots with Dr. Henry Louis Gates Jr. on PBS have driven a surge of interest in family research, and DNA often plays a key part in that process. In 2005, National Geographic commenced its Genographic Project, a multi-year study where scientists are using genetic and computational technology to analyze historical patterns in DNA from participants around the world in order to better understand our human genetic roots.

The means of publishing family genealogies has become more technological and less expensive in recent years. One method involves computer software. Programs such as Ancestral Quest, Legacy Family Tree and RootsMagic guide you through and help organize the genealogical data that will give you the answers you’re looking for. They can also export several different formats of the information, such as ancestral charts and reports. I personally worked with a client—a retired engineer—who designed his own computer-aided design (CAD) model to produce a series of ancestral charts that filled a wall in his home. Which brings up another reason for compiling research: being able to display the fruits of your labor for family and friends.

USA Today contributor Gregory Rodriguez writes, “Alex Haley, author of the hugely popular 1976 book Roots, once said that black Americans needed their own version of Plymouth Rock, a genesis story that didn’t begin—or end—at slavery. . . . [Roots] also shared with all Americans the emotional and intellectual rewards that can come with discovering the identity of your ancestors.” Over a hundred years after the end of the Gilded Age, advances in technology, plus a curiosity about one’s own ancestry—driven by Haley’s book and its various television adaptations—have resulted in an increased democratization of the field. It is finally possible for enthusiasts of genealogy, even the non-gilded, to realize the rewards.

In a 2012 story, ABC News wrote on their website that genealogy, which nets $1.6 billion annually, is an American avocation second only to gardening in popularity. With respect to this phenomenon, The Guardian, based in the UK, has also written of the phenomenon, noting that “interest in family history is undergoing an unprecedented boom, fueled by archives on the internet, websites devoted to helping would-be genealogists and the popularity of BBC1’s Who Do You Think You Are?” The show’s own roots date back to 2004 on BBC, but the concept crossed the pond in 2010, when NBC aired its first American episode. The show has since been picked up by TLC.