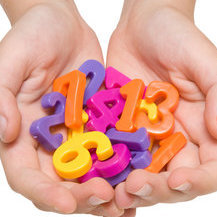 When I was a little, my mom would read me a story every night after dinner. I always had a stack of my favorite titles ready to go, but it’s probably safe to say that I never asked her to read me a bedtime math problem. However, a recent study suggests that doing bedtime math problems can be beneficial for developing a child’s math skills.

Sian Beilock and Susan Levine, psychologists at the University of Chicago, conducted a nine-month study during the school year that showed students who did bedtime math gained “on average the equivalent of a three-month advantage over their peers.” There were 587 first graders from 22 schools in the Chicago area that participated. Each child was given a tablet to read at bedtime, but 420 of the participants were instructed to use it for mathematical word problems on the Bedtime Math app. The rest of the participants used a reading app. At the conclusion of the study, the results of a standardized math test demonstrated that the students who used Bedtime Math outscored their peers.

As of yet, there is no reason known for why bedtime math problems seem to work so well. Is it specifically the time of day? The additional practice? Or the way in which the math is presented? It certainly appears that simply discussing math problems with your child helps considerably. Even math–anxious parents who aren’t overly confident about doing math with their children can benefit from the Bedtime Math app. When using this app (or similar ones), parents often continued to engage in some degree of math talk during daily life, including something as simple as counting the chocolate chips when baking cookies. Also, using Bedtime Math removes the stigma that some often attach to learning math—the app shows that math shouldn’t cause anxiety and can be fun to learn.

Bedtime Math is just one example of the many math apps out there for young students. If you’re considering doing nightly math problems with your children, there are many fun options to choose from. For instance, DragonBox Algebra 5+ helps teach children as young as five algebra concepts through a series of games (and in the process they probably don’t realize they’re learning). YodelOh Math Mountain is good for learning basic math skills with a quirky touch—children have to answer a series of math problems to prevent a cartoon yodeler from falling off a mountaintop. Motion Math Pizza is another popular app in which students get to create and sell pizzas, learning both math and economic skills.

So maybe the next time story time rolls around, swapping a fairy tale for a math problem might be an idea to consider!

There are many great apps out there for kids, but some are created by kids. In 2011, eighth grader Robert Nay created Bubble Ball, a puzzle app that received a million downloads in the first two weeks it was available.