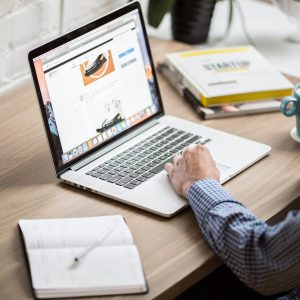 As a graduate student in publishing, I am frequently asked the same thing by professors, peers and random people once they discover what I study. It is often some version of the question, “Where do you get your news?”

While I have my go-to publications that I read extensively to keep up with popular trends and changes within the publishing industry, my first response to that question is social media: Specifically, Twitter.

Twitter has revolutionized how people distribute information and how they receive and process that information. Personally, I don’t tweet anything besides pictures of food and shameless selfies, but I follow every Twitter account that can keep me informed about what’s happening in the world.

From The New York Times and CNN to Honey Boo Boo and BuzzFeed, I follow major news channels and websites, magazines and newspapers, prominent journalists and writers, publishing professionals, bloggers, celebrities, and athletes, and I am updated daily, usually within minutes, of the latest news in every possible category.

Twitter places all the information I want in an ordered list based on the time the information is posted, and I am able to scroll through and click on the links I want to read. Once clicked, a link takes you directly to the source, where you can read the entire story and see other articles that may interest you—that being the overall goal of the source website.

In the world of publishing, Twitter is a powerful tool. A Publishers Weekly article, “Twitter and Publishing: Growth Slows in 2013” states, “While Twitter continues to be indispensable as a publishing outreach tool, the sharp decline in growth reflects in part a change in the way publishers are using Twitter, as well as the natural slowdown after the huge gains following Twitter’s launch.”

According to the article, @HarperPerennial, the Twitter handle for a paperback imprint of HarperCollins Publishers, went from 805 followers in 2009 to 31,000 in 2013.

The article continues by stating, “Publishers have now figured out what works and what doesn’t. In a broad sense, they seem to be migrating away from strictly pushing titles with tweets in favor of doing more informal outreach, such as links to author appearances on TV and engaging with followers and the Twitter community at large.”

This engagement between producer and consumer via Twitter has had some powerful and unique effects. In the case of revered poet Walt Whitman (handle @TweetsOfGrass), Twitter has played home for the revitalization of his words to a potentially whole new audience, without them even realizing it. It can be best summarized in The Atlantic article “Walt Whitman Is Great at Twitter” with the statement, “And sometimes, just sometimes, across the cacophony, across the centuries, a few lines will reach out and speak so directly to whoever is out there following, that there is poetry in it—not just in the words themselves, but in the fact that they live on Twitter, and that on Twitter they can touch any reader, despite the distance of time and space.”

Publishers, as well as those who make their livelihood within publishing, such as authors, publicists, designers and so forth, are beginning to acknowledge that a Twitter presence is no longer merely a great addition to their marketing strategy, but it is often expected. It fuels the consumer desire for instant gratification. Twitter, it seems, is here to stay; so why not take full advantage of it?

Evan Williams, the founder of Twitter and Blogger, is once again venturing into online writing with his latest start-up: Medium. The goal of the platform is to discover the future of online writing. Selectively released in 2012, Medium now receives 13 million different visitors a month. The New York Times article “With Medium, Evan William is Tackling Online Writing” describes Medium as being “for short posts and long ones, by amateur writers and professional ones. It emphasizes a clean design and relies on a network of writers and readers to edit and discover new posts.”

First, it pays some of its professional writers in order to acquire posts of assured high quality and some degree of establishment. Additionally, readers cannot leave comments on posts. Rather, they leave “notes” that can be attached to specific words or phrases. A Medium app for the iPhone was recently released that allows users to read posts but not write them.