Does Your Degree Prove Skill, or Seat Time?

Does Your Degree Prove Skill, or Seat Time? 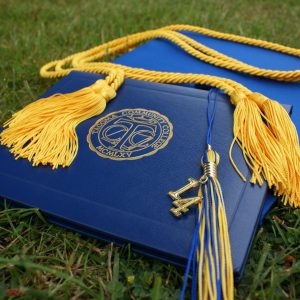 Since 1893 when Harvard president Charles Eliot introduced the “credit hour,” colleges around the country have provided educations based on the number of hours students spend in a classroom. Employers, however, are looking to see the skills of new graduates rather than how long they spent studying core classes. This is causing many colleges to rethink the education they supply for their students.

Colleges are not the only ones looking into beefing up the education of young Americans. Under the Title IV Higher Education Opportunity Act (HEOA), the Department of Education asked schools to create programs for students that were not based on lecture time. The goal was to provide students with an education that can be quantified by testable improvement in key areas rather than by simply adding up hours of classroom attendance.

While many schools have risen to the challenge, one school in particular has set the pace for others to follow. In 2012 Southern New Hampshire University (SNHU) unveiled its new competency-based program, College for America, giving students the ability to receive higher education at a quicker rate then traditional colleges. Students are tested to ensure they gain skills necessary for the workplace like critical thinking and communication. There are 120 competencies in total that students must meet before they receive their associate of arts degree, and each competency must be met individually before the student is able to move onto the next. Employers looking at a transcript from a College for America grad will find a portfolio of projects that demonstrate the graduate’s abilities instead of grades. In 2013 the program became the first non-credit-hour program to receive regional accreditation and eligibility for federal financial aid. Another online university to receive both recognitions is Cappella University. Attending either of these universities not only helps students gain an accelerated, experience-rich education, but could also help cut back on the cost of higher education.

Cost aside, Jamie P. Merisotis, president and CEO of the Lumina Foundation, has concerns for the quality of education one receives in a credit-hour structured school. “Competency is a student-centered, learning-outcome-based model. Where you get the education is secondary to what you know and are able to do.” The Lumina Foundation believes in outfitting American students with the best post-secondary education possible to ensure we as a nation are on par with the education standards of countries around the world. Merisotis provides a valuable point: many colleges that already exist are providing exceptional educations. However, it should be the students and what they learn that is highlighted on a transcript and not the hours that it took for them to gain that knowledge.

Frederick M. Hurst, director of Northern Arizona University’s new Personalized Learning Program, points out, “if you look at someone’s transcript and it says they have three 3-hour courses in history, an employer doesn’t know what that means other than someone knows about these time periods in history. If you break it down in a different way and talk about the writing skills that a student got out of those courses, that’s a skill someone will need in the workplace.” For many schools it may not be necessary to rethink the structure of their curriculum; instead, professors could write short but detailed reports on the skills a student gained in their course. These reports could be given alongside a transcript, showing employers the graduate’s dedication to their coursework as well as what that coursework says about the graduate as a potential employee. Finally, the most important change that needs to be made to America’s higher education is that students be outfitted with more proven skill sets in order to ensure more graduates have the ability to work in careers suited to their degrees.

Did You Know?
Another option for training students for the job market is a vocational school, intended to prepare students with a set of skills for a particular job.

In the United States, there is a bias against vocational schools, marking them inferior to four- and two-year universities. This bias, however, is “dysfunctional” according to Mark Phillips, professor of secondary education at San Francisco State University. Phillips notes that ignoring the importance of vocational schools is destructive to society. “Many of the skills most needed to compete in the global market of the 21st century are technical skills that fall in the technical/vocational area. The absence of excellence in [these] fields is also costing us economically as a nation.” His opinions are passionate, but they aren’t the only ones out there.

According to an op-ed in The New York Times by Willam C. Carson, chairman of the National Association of Trade and Technical Schools, there are plenty of studies to show the success rate of trade schools, including the Department of Education Center for Educational Statistics’ “High School and Beyond.” (While the op-ed is from 1989, the study is ongoing and includes data from the 2000s.) Another study showed that students who attended private career schools were more likely to get a job after graduation than their peers who attended public schools. Perhaps the day of reconsidering vocational schools is drawing near, especially in a time of economic struggle and a lack of students armed with “real-world” skills.

About the Author: Melissa Mui