Craving Some Movie Magic? Reading Recommendations Based on the Year’s Best Films

Craving Some Movie Magic? Reading Recommendations Based on the Year’s Best Films 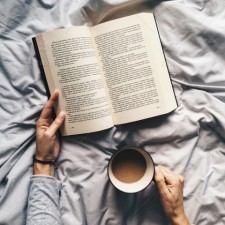 Did you fall in love with a film this year, or can’t figure out how to fill the hiatus of your favorite Netflix series? If so, step away from the screen for a while and try one of these binge-worthy books instead!

If you liked the movie Lady Bird, read The White Album by Joan Didion

If you liked the movie The Shape of Water, read Mrs. Caliban by Rachel Ingalls

If you liked the movie I, Tonya, read Gold by Chris Cleave

As the Olympics wind down and awards season approaches, take a break from the television to curl up with one of these timeless tales!