College & Career Readiness—Focusing on the Latter

College & Career Readiness—Focusing on the Latter 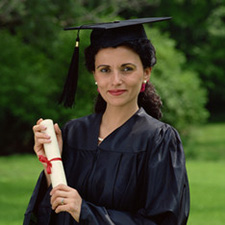 Education was very important in my house when I was growing up. My mother went to college and was a first–grade teacher. My father went into the US Navy and then became a machinist, eventually owning his own machine shop. Nevertheless, even though one parent was a college graduate and one was not, there was never any question in our household that my sister and I were bound for higher education. It was understood that we were to go to school, get good grades and then attend and graduate from college. Neither of us questioned the track laid out for us, and neither of us deviated from it.

My high school had a vocational program, and I remember thinking it was cool that some of my classmates were building houses and fixing cars. But I preferred reading literature and studying history, so college seemed like the best fit for me. There was also a kind of unspoken stereotype that the “smart” kids went to college, and that college was the only way to get a good job.

But now there is a push to change that perception. There are, in fact, several paths to a successful and fulfilling career, and college isn’t the only gateway to getting there. Trade schools have become a hot issue lately, due in part to the many unfilled skilled labor positions. ”]Manpower Group’s 2013 Talent Shortage Survey [PDF link] found that “skilled trades vacancies are the hardest to fill at a global level,” and that “technician vacancies are the most hard to fill in the Americas in 2013.” This scarcity has resulted in higher wages in these fields and a possible devaluing of the bachelor’s degree. A 2012 Georgetown University study found that men holding a certificate in computer and information services while working in the field made more than 54 percent of men with bachelor’s degrees. The results were even more striking among women: Women certificate holders working in the field earned more than 64 percent of women with bachelor’s degrees.

In addition to the higher earning potential, there is another important financial benefit to trade school: The cost is a bargain compared to that of a four–year college. The National Center for Education Statistics (NCES) reports that the average cost for a four–year education was nearly $87,000 in 2010—2011. In contrast, trade schools offer a quicker and more affordable way into the job market, which also helps to alleviate the burden of debt some students have accumulated by the time their education is complete.

All of these factors have helped to popularize trade school education; however, some teenagers still feel a stigma if they choose to forgo a college education for one in trade school. This stigma has its roots in the GI Bill that was passed in 1944. College enrollment jumped from 1.7 million to around 11 million in the 30 years that followed. Consequently, there was a shift in American consciousness: a belief that college was the best path for everyone, once it became accessible.

The mikeroweWORKS Foundation is endeavoring to change that attitude. Its commitment to those interested in trade and skilled labor is evident on its website: “The mikeroweWORKS Foundation is concerned with promoting hard work and supporting the skilled trades in a variety of areas.” Mike Rowe, of Dirty Jobs fame, is working to reverse the idea that college is the surest path to a fulfilling career and financial independence. His foundation offers scholarships, job resources by state and tool stipends.

Traditional four–year colleges have many benefits. They provide an opportunity to study a variety of subjects while also focusing on a preferred area of study. Students can gain a strong knowledge of the theory behind their chosen field, usually in the form of lectures by educated professors. Trade schools, on the other hand, concentrate on teaching the skills of a particular field or trade. Rather than relying on lecture halls, career technical education (CTE) classes are customarily one part studying and one part practical training, with students learning to use the actual equipment that they will find in the workplace of their chosen field.

The reawakened interest in learning a trade is providing students with more choices. Students should feel free to choose the path that is right for them, with the confidence that they will be able to find employment once they’ve completed their education, regardless of which track they choose.

In Switzerland, two–thirds of all students enter the vocational education and training (VET) program. VET combines classroom teaching and training within a company, with the aim of preparing students to immediately enter the job market upon completion of the program. VET programs are tailored in accordance with the needs of the Swiss job market. This model has been successful for the Swiss, whose young people in 2012 had an unemployment rate of just 3 percent. Both Britain and India have instituted similar programs to see if they can emulate the Swiss’s success, but there is debate as to whether such a system could be successful in the United States.