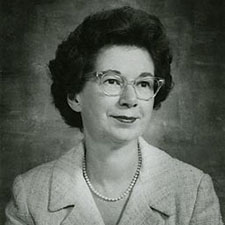 Beverly Cleary, the treasured creator of Beezus and Ramona Quimby, Henry Huggins and Runaway Ralph (one my son’s favorites), recently celebrated her 100th birthday, to the delight of her fans. When asked about this accomplishment, the author and former school librarian humbly remarked, “I didn’t do it on purpose.”

Any fan of Cleary’s classic children’s literature will recall Klickitat Street, the name of the thoroughfare in Portland, Oregon, where the author’s adored Quimby family lived. While Cleary’s fictionalized version of Klickitat Street served as the setting of many adventures, the real-life version has also recently been in the news.

The Portland street was part of a recent initiative to bring increased water conservation to the city. A few years ago the city turned a 60-block stretch of its famous Klickitat Street into a “green street” to help reduce the amount of polluted storm water entering the city’s sewer system. A green street is a system of special curbs and rain gardens that soak up stormwater runoff. Unlike a conventional street, the curbs of a green street are designed to direct the water from the streets into specially designed planters filled with soil, mulch and plants. These all quickly absorb the rainwater and roadway pollutants (like oil, salt and tire marks) instead of allowing the runoff to flow into sewers and waterways. These installations also increase the amount of urban green space and reduce the burden on the city’s aging sewer system. Portland now has 1,300 green street installations that soak up about 77 million gallons of storm runoff each year that would otherwise pollute Oregon’s streams and rivers.

Beverly Cleary and many of her characters—Beezus, Ramona, Henry and even Henry’s dog Ribsy—all grew up in this Portland neighborhood. You can imagine that they would be pleased to see that its current real-life residents are doing their part to preserve the environment for future generations of children (and their dogs!) to enjoy.

Growing up, Beverly Clearly did not have a library in the small county of Yamhill, Oregon. Her mother arranged for books to be sent from the state library to Yamhill where she acted as a librarian in makeshift library in a room above the town’s bank. It was in this provisional library that Cleary learned to love reading.

About the Author: Ken Scherpelz

Ken was VP, Sales and Business Development at PSG. He retired in 2017 to become a professional grandfather and golf watcher.