Can a Common Core Approach Bridge the Gap for English Learners?

Can a Common Core Approach Bridge the Gap for English Learners? 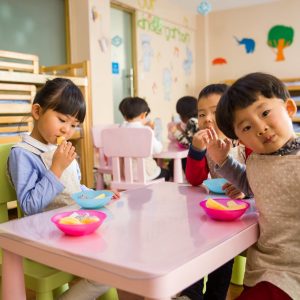 Is America’s school system equipped to appropriately challenge both native English speakers and English language learners (ELLs) alike? Statistics on United States student enrollment indicate that, in the 2011–12 school year, the number of ELLs in the public school system made up 9.1 percent of total students. Likewise, the number of ELLs grew by 53.2 percent from 1997–2008 [PDF link]. Furthermore, it is nationally projected that by 2030, ELLs will constitute 40 percent of the K–12 population [PDF link]. This is a reality that will test the success of the Common Core State Standards for students across diverse backgrounds and academic achievement levels.

The multi-faceted backgrounds with which ELL students arrive in the American education systems needn’t be considered a barrier to achievement. An addendum to the Common Core [PDF link] states, “Many ELLs have first language and literacy knowledge and skills that boost their acquisition of language and literacy in a second language; additionally, they bring an array of talents and cultural practices and perspectives that enrich our schools and society.” In order to expose this breadth of knowledge that may not initially appear in ELLs, the addendum stresses, “Teachers must build on this enormous reservoir of talent and provide those students who need it with additional time and appropriate instructional support.”

The implementation of the Common Core begs the question, What does it mean to be an effective teacher in the twenty-first century? Alejandra Monroy is one of many teachers using the Common Core to restructure lesson plans and the way learning is approached. Monroy is a third-grade teacher at the high-achieving Laurel Street Elementary School in Compton, California. The Common Core standards have helped Monroy to prioritize factual evidence over opinion and to invite inferential discussion into her reading classes. Monroy reflects that, in past years, “some English learners survived those [state] tests just by knowing the basics. The Common Core tests will go beyond that. Students will need to . . . show that they understand the material on a higher level.” With these goals in mind, Monroy now devotes more of her class time to discussing the purposes and implications of reading passages; she also pushes students to use advanced vocabulary from readings in new contexts when answering questions.

The evolution of fourth-grade teacher Angel Chavarin’s teaching methods is a testament to the Common Core’s initiative to rely on textual information, rather than background information, for evidence. Chavarin says, “Common Core really reinforces using the text. If not for the Common Core, I would have allowed them to infer things with their background knowledge.” In an effort to bring students up to speed on advanced vocabulary, Chavarin now makes a point of using more complex language himself. “. . . If we don’t expose all our students to words like that, where would we expect them to pick them up? We see the effect poverty has on children, but that’s no excuse not to provide a rigorous curriculum for them.”

Timothy Shanahan, professor emeritus at the University of Illinois at Chicago (UIC) and one of the authors of the Common Core English language arts standards, sees this increased emphasis on vocabulary and comprehension as capable of propelling ELLs forward to academic achievement on par with native English speakers by the time they reach high school, when they might be thinking about their goals after their K–12 education. However, Ben Sanders of the California Office to Reform Education (also known as CORE, unrelated to the Common Core) speaks of concerns that the Common Core “adds extra complexity. We’re worried that people will get overwhelmed.” The achievement gap between native speakers and ELLs has the potential to widen as curricula becomes less about basic English proficiency and more about cultivating analytical and inferential skills. However, if this achievement gap has any hope of being bridged, it is imperative that ELLs are pushed to be taught the same analytical strategies that native speakers are.

Indeed, if the Common Core is achieving anything for ELLs, it is that it is laying the foundation for a learning environment where socioeconomic and academic backgrounds do not validate the simplification (and thus inequality) of educational material. As students of all different backgrounds are exposed to the same skill sets and pushed to think in increasingly advanced ways about the information presented to them, ELLs may have a better shot at quick progress and academic achievement. Monroy attests that students’ score results on recent practice state tests were “higher than the results last year, when we didn’t do all the things we’re doing now.” With devoted educators who possess an openness toward curriculum reconstruction, the framework of education may hold future promise for English language learners in the United States.

Are you a teacher looking for new ways to approach your curriculum with the Common Core in mind? This instructional article [PDF link] by Lauren Davis, senior editor at Eye On Education, consolidates five important “shifts” in teaching strategies, to consider when teaching to meet the Common Core standards. These items consist of the following: