Books Coming to a Theater Near You

Books Coming to a Theater Near You 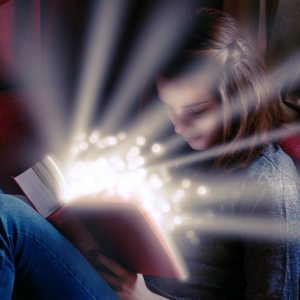 It’s always exciting—and a little nerve-racking—to hear one of your favorite books is getting a film adaptation. Hopefully, 2018 will not disappoint!

Here are some books heading to the big screen later this year:

Rudyard Kipling’s The Jungle Book is getting another film adaptation. Mowgli is slated to be released on October 19, 2018, and is said to have a darker tone than Disney’s 2016 version of The Jungle Book.

The Girl in the Spider’s Web (November 9, 2018) is based on the novel of the same name by David Lagercrantz. The book is Lagercrantz’s first addition to the Millennium series, which begins with The Girl with the Dragon Tattoo. Stieg Larsson, who died of a heart attack in 2004, wrote the first three books in the series.

Fantastic Beasts: The Crimes of Grindelwald (November 16, 2018) is based on Fantastic Beasts and Where to Find Them by J. K. Rowling. Eddie Redmayne reprises his role as Newt Scamander, while Johnny Depp and Jude Law make their first appearances as Gellert Grindelwald and Albus Dumbledore, respectively.

Though not much is known, The Bell Jar by Sylvia Plath is said to have a film adaptation released sometime in 2018. Kirsten Dunst is directing and Dakota Fanning has been cast to play Esther Greenwood.

With these adaptations, 2018 will be a great year!