April Fools! The Questionable History of the World’s Wackiest Holiday

April Fools! The Questionable History of the World’s Wackiest Holiday 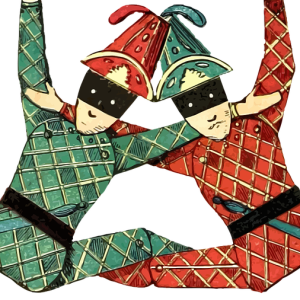 This week, people across the globe are dusting off their pranking shoes and plotting which practical jokes they’ll attempt to pull on their friends and families for April Fools’ Day. From good-humored gags to elaborate hijinks, there’s no shortage of fun to be had on the year’s unofficial day of tomfoolery . . . but where did it all start?

Turns out, no one’s quite sure!

According to a Time article, countless cultures around the world have celebrated a version of April Fools’ Day since antiquity, yet historians remain locked in heated debate about when and where—not to mention why—April 1 became recognized as a day of international funny business.

Some trace its origins to the Greco-Roman Hilaria festival, which celebrated the first day following the Julian calendar’s vernal equinox with parades, masquerades and jokes.

Others think the answer lies in after the Christian world transitioned from the Julian calendar to the Gregorian calendar, which moved the date of New Year’s Eve to January instead of early spring, and made “fools” of the uninformed folks who continued to celebrate the new year on the wrong day.

Though hotly contested, one theory even points to Geoffrey Chaucer’s The Canterbury Tales as predicting April 1 (alluded to in the text as March 32) as a day of trickery, as it is when the character Chauntecleer is outsmarted by a fox. However, most scholars seem to be in agreement that the March 32 reference was most likely the medieval version of a typo, and warn of its extreme unlikelihood as the origin of early-April antics.

Maybe April Fools’ Day can’t claim one creation story for certain, but we at PSG think the beginning of spring is an excellent time to celebrate light-hearted hilarity. Bring on the friendly fooling!