And the Home of the . . . Average: America’s Higher-Ed Credentials Slipping in Global Rankings

And the Home of the . . . Average: America’s Higher-Ed Credentials Slipping in Global Rankings 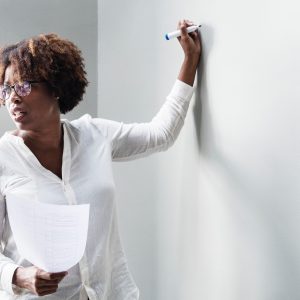 There is a rather confounding dynamic currently at play when it comes to our country’s views on education. Popular opinion would categorize our colleges and universities as top-tier institutions. In contrast, however, for many years now, the condition of the United States’ K‐12 system has preoccupied many as a pressing and disconcerting issue. So are we donning rose-colored glasses when we turn our attention to higher education?

Recent statistics suggest we are, as the problems we see in elementary, middle and high schools carry through to higher institutions. It is indeed true that, according to global university rankings, most of the world’s best universities are located in the United States. The catch, however, is that these international rankings predominantly use statistics about an institution’s research work and staff rather than undergrad performance or the caliber of education being provided. The disconnect, therefore, occurs because we are comparing different sets of data: the academic performance of a wide range of K–12 students versus the research performance and staff qualifications for a few collegiate institutions.

What happens if we approach the subject from an apples-to-apples standpoint, then? The Organisation for Economic Co-operation and Development (OECD) published the results of the 2011–2012 Programme for the International Assessment of Adult Competencies (PIAAC). This test, designed to measure literacy and math skills in real-world contexts, showed America’s scores consistently bringing up the rear. While 18 percent of American adults with bachelor’s degrees scored within the top two levels of numeracy, the international average of 24 percent outstripped that figure. Moreover, we ranked 16th out of the 24 countries tested in literacy. So, on average, we’re looking a little haggard in relation to our counterparts abroad.

Part of the problem can be attributed to some of the troubling trends taking place within the United States’ higher education system. Between government cutbacks, increases in foreign competition and tuition costs, and decreases in graduation rates and education quality, it’s no wonder that our once gold standard of education has become a little tarnished of late. A veritable perfect storm has been brewing, and we are beginning to experience the fallout from it.

The drop in financial backing has dealt a significant blow to our nation’s colleges and universities. As a result, deficient funding has driven tuitions sky-high, which has, in turn, driven students away from the college track. Thus, even if the United States were offering the best educational opportunities on average, the astronomical and ever-climbing cost of such opportunities could soon make them irrelevant. After all, if most or many cannot afford to take advantage, then the benefits are virtually immaterial.

Meanwhile, elsewhere around the world, billions are being invested into higher education systems, most notably in Asia and the Middle East. As a result, the world’s best and brightest have more of an option now to receive top-notch educations in their home countries. As Robert Berdahl, the head of the Association of American Universities (AAU), pointed out, “the fact is—and this was flat out stated to me by a leading educator in China—‘You used to get our best students; now we keep our best students.’”

So, as we pour all of our efforts into troubleshooting the pre-college system, we leave the higher education system to largely fend for itself. While we assess and compile copious data on K–12 student knowledge, no corresponding network exists to assess the skills following college graduation. It seems most skills assessments take place internally within each individual institution. This island-unto-itself methodology likewise affects graduates once they enter the job market. According to a 2009 Association of American Colleges and Universities (AACU) survey of employers [PDF link], while most of the 302 polled employers looked to hire only college-grad candidates, a mere 28 percent of them felt confident that our higher ed system prepares students adequately for the workforce.

The good news, though, is that this issue is gaining more attention. Our rose-colored glasses are coming off, and people are beginning to discuss and explore more deeply the state of America’s higher education system. As with all things, finding a solution here—or at least making improvements—begins with awareness and diagnosis of the problem. My research into this topic reassures me that we are at least that far into the process of reassessment and correction, which makes me think there is definitely hope for us yet.

A woman named Fatima al-Fihri founded the world’s oldest university in the year 859. Following her father’s death, al-Fihri dedicated her inheritance to building a mosque in her community of Fez, Morocco. The mosque was accompanied by a madrasa (a mosque school) wherein patrons could receive religious instruction as well as education in such subjects as grammar, mathematics, music and the natural sciences. Although it wasn’t officially incorporated into the Moroccan educational system until 1963, the University of al-Karaouine nevertheless makes an appearance in the Guinness World Records book as the world’s oldest continuously operating university.