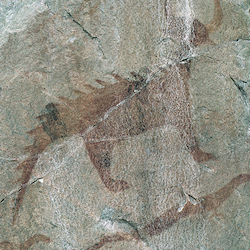 During my junior year of college I took a course on the history of the English language in which I was one of about five students. When we got to the lesson on phonology, we spent over an hour saying different words and trying to decipher their origins based on how we said them. Since there were only a few of us, we each had one-on-one time analyzing the sounds of words. I learned that words actually get labeled depending on which parts of your mouth you use to pronounce them, and I learned to appreciate the importance of pronunciation, since similarities in sound or spelling can be used to trace not only the origin of a single word, but also the origin of an entire language.

The English language is a member of one of the ten branches of the Indo-European family of languages spoken in most of Europe and in places of European settlement (as well as in much of Southwest and South Asia) . It derives from a mother tongue, Proto-Indo-European (PIE), that was spoken from 4500 to 2500 BCE. Although specialists disagree about the origins of PIE, many believe it was a spoken language used by an extinct tribal culture in Eurasia.

One of those scientists, evolutionary biologist Quentin Atkinson, conducted a study on 103 languages using statistical likelihood to calculate the likeliest pathways of distribution from an origin; he and his team developed a computer program to manage all the data they collected, and their results support an Anatolian origin—rather than the origin in the steppes above the Black Sea that other researchers have considered. But geographical origin isn’t the only aspect of this ancient language on which scientists and researchers have disagreed.

Because speakers of PIE did not leave written texts, there is no record of what the language might have looked like and linguists have long disagreed about what the language may have sounded like. Different renditions have been developed over the years and two in particular have been periodically updated since their rendition. In 1868, German linguist August Schleicher wrote a fable using reconstructed Proto-Indo-European vocabulary in order to demonstrate how it sounded when it was spoken 6,000 years ago. His fable, “Avis akvāsas ka” (“The Sheep and the Horses”), has since been updated to incorporate new sounds added by modern linguists. Schleicher’s fable as well as a more recent fable—“The King and the God”—created by historical linguists in the 1990s can be read in their English translations or experienced in their PIE vocabulary. You can read the three different renditions of these fables and even listen to linguists recite them here.

Did You Know?
Proto-Indo-European isn’t just being reimagined in fables: The latest version of the Far Cry video game, Far Cry Primal, is set in the Stone Age, and retains its authenticity by employing voice actors who speak their lines in a rendition of Proto-Indo-European. The game, which was released on February 23 from Ubisoft, gives gamers a taste of this extinct language during gameplay.