Accomplished All Her Life: Story Written by 10-Year-Old Queen Victoria Gets Published

Accomplished All Her Life: Story Written by 10-Year-Old Queen Victoria Gets Published 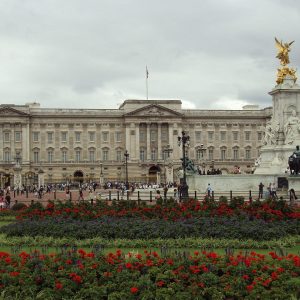 On June 8, 2015, a children’s book, The Adventures of Alice Laselles, was published; its original manuscript is credited to “Alexandrina Victoria, aged 10 and ¾.” The dedication in the book reads:

To my dear Mamma. This, my first attempt at composition, is affectionately and dutifully inscribed by her affectionate daughter, Victoria.

As impressive as this vocabulary is for such a young girl, it is nowhere near as remarkable as the rest of her life; this young author would go on to become Queen Victoria of England!

In the late nineteenth century, Queen Victoria (1819–1901) was the royal ruler of the British Empire. Victoria—the great-great-grandmother of the current monarch, Queen Elizabeth II—is associated with Britain’s great age of industrial expansion and economic progress. In fact, according to the British Monarchy’s website, “Britain had a worldwide empire on which the sun never set” at the time of Victoria’s death.

In The Adventures of Alice Laselles, the young royal author tells the tale of a 12-year-old girl who is sent away to boarding school after her father remarries. At the school, Alice is wrongly accused of allowing a cat into the school without permission and must discover who the true culprit is.

When Alice learns she has to leave her home, Victoria writes: “ ‘Oh do not send me away dear Pappa,’ exclaimed Alice Laselles, as she threw her arms around her Pappa’s neck; ‘don’t send me away, O let me stay with you.’ And she sobbed bitterly.” This is especially moving coming from Victoria, whose own father died shortly after her birth, and whose mother often kept her separated from other family members.

As a child, Victoria and her governess, Baroness Louise Lehzen, colored paper dolls. The book’s beautiful illustrations include a combination of digitally manipulated copies of these paper dolls and twenty-first-century etchings.

The young Victoria wrote the story as an exercise in English composition. Set down in a red notebook, it was later stored in the Royal Archives at Windsor Castle where, until recently, its existence was known only to a select few.  The book includes an introduction from children’s author Jacqueline Wilson.

The book is available to purchase in hardcover format from stores like Amazon, Barnes & Noble and eBay. If you have a child you’d love to buy a book for or a passion for the British monarchy, you might find it to be worth the read!

At the time this article was written, Queen Victoria had reigned for the longest amount of time of any British monarch in history: 63 years and 7 months. Yesterday, September 9, 2015, history was made: Queen Elizabeth II surpassed her great-great-grandmother’s record!  Incidentally, before yesterday, Victoria also reigned for the longest time of any female monarch in history. Now that distinction will go to Elizabeth as well.