A Study of Fiction

A Study of Fiction 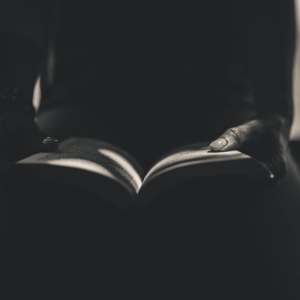 Two studies came out in 2013—one administered in the Netherlands, the other in the US—that suggest that people who read literary fiction are more skilled at reading, and consequently are more skilled at relating to others. David Comer Kidd and Emanuele Castano, two American social psychologists from the New School for Social Research, investigated whether peoples’ Theory of Mind (ToM)—the ability to recognize that other people are thinking beings who have thoughts and feelings similar to one’s own—is improved after reading literary fiction. They found that the answer is yes: Subjects who read literary fiction just before the experiment excelled at guessing the emotions of photographed faces—more so than subjects who read nonfiction, pop fiction or nothing at all.

Mark O’Connell from Slate balks at these studies that try to quantify the benefits of reading fiction. He writes that he is “ambivalent about the question of whether reading literary fiction really does make you a better person—not just about what the answer might be, but whether the question itself is really a meaningful one to be asking at all.” What if there are no quantifiable advantages to reading? Does that make it any less worthwhile?

Lee Siegel from The New Yorker agrees that we do not need to value reading only for its measurable emotional or moral advantages. He goes so far as to question whether or not these alleged advantages are, in fact, advantages. An enhanced Theory of Mind allows people to be more empathetic, but it also, Siegel notes, allows people to be more manipulative. He cites Iago—one of literature’s most infamous sociopaths—as having an enhanced Theory of Mind, of being a great reader of people. Maybe having a more fully developed Theory of Mind isn’t such a good thing after all.

But just because certain skills can be abused for self-serving purposes doesn’t mean we shouldn’t strive to acquire them. Yes, the ability to read others can be used to manipulate, but it is still true that it can be used to empathize. And empathy in today’s digital world is a very important skill. Mark Zuckerberg is quoted as saying, “A squirrel dying in your front yard may be more relevant to your interests right now than people dying in Africa.” The internet, in the way that it circumvents face-to-face interaction and barrages people with so much information and media, can allow for a callous environment. Zuckerberg’s words elucidate why empathy, the antidote to callousness, is a trait worth attaining.

Did You Know?
Jane Eyre was originally published under a male name. Charlotte Brontë and her sisters published their novels under pseudonyms that still preserved their true initials. Charlotte Brontë (a.k.a. Currer Bell), Anne Brontë (a.k.a. Acton Bell) and Emily Brontë (a.k.a. Ellis Bell) all feared that their works would be treated differently if it were known that they were written by female authors. And they weren’t the only ones. Mary Ann Evans (a.k.a. George Eliot) and Louisa May Alcott (a.k.a. A. M.  Barnard) continued the tradition.

But, interestingly, this practice is not a thing of the past. Currer Bell may have written in the mid-nineteenth century, but J. D. Robb (better known as novelist Nora Roberts) published the first installment of a thriller series in 1995. J. K. Rowling (who, outside of her pen name, goes by Joanne) published Harry Potter and the Philosopher’s Stone in 1997. Rowling also stirred the book world when she recently published a thriller under the name Robert Galbraith. Though both Rowling’s and Roberts’s identities were released, Roberts continues to publish as Robb, just as Rowling will uphold the Galbraith pseudonym, planning to release a sequel this summer. Carmela Ciuraru, author of Nom de Plume: A (Secret) History of Pseudonyms, remarks on what is still quite evident: “Sadly in certain genres, it still helps to be a man—particularly in crime or science fiction.”