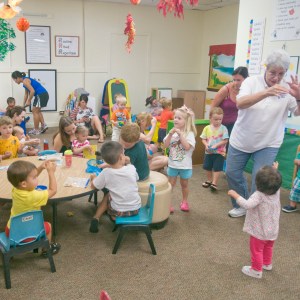 When I was in school, I was one of those kids who hated gym class. I would purposely strike out during kickball so that I could return to the bench as soon as possible; I would let myself get hit when playing dodge ball rather than spend the energy swerving; and I always walked the mile during the annual presidential fitness test, linking arms with my best friend as we chatted about Growing Pains or our new Hilary Duff CD on our stroll. Athletically, I didn’t have a competitive bone in my body.

Competition in the classroom was a different story. I can still remember the rules to some of the games my teachers used in order to familiarize students with times tables, spelling or geography. There was Multiplication Basketball and Spelling Bee Races and Where in the World. Granted, these games didn’t have the Milton Bradley stamp of approval—and I’m pretty sure my teachers came up with the games (and the games’ names) themselves—but they succeeded in getting me pumped up about learning.

But is gamification—turning tasks not usually related to games into games—a good thing? On the one hand, what could be wrong with, as Slate writer Lindsey Tepe puts it, “making the mundane playful, individualizing learning, encouraging competition [and] rewarding progress”? When, according to a new study funded by the Bill & Melinda Gates Foundation, 47 percent of high-school dropouts “said a major reason for dropping out was because classes were not interesting,” maybe adding more entertaining competition to curricula is not a bad idea. On the other hand, shouldn’t we be instilling a passion for learning in children, rather than a passion for winning?

The incorporation of gamification in curricula has led educators to take a closer look beyond the competition and at the benefits of using games in the classroom. Games that have been around for centuries (e.g., chess, mancala and checkers) have stayed around because of their simple nature and the necessity of thought-inducing strategy. Unsurprisingly, these are the kinds of games that are good for the mind in the ways they encourage skills like problem solving, foresight and patience.

But these aren’t the only kinds of beneficial games out there. Interestingly, schools are now looking to incorporate video games into the classroom, as they have been found to have neurological advantages in how they improve peripheral vision and special reasoning skills (for other advantages, see one of our former blog posts). Sara Corbett, a New York Times Magazine contributor, discusses the use of digital games at the NYC public school Quest To Learn: “The principles are similar to those used in problem-based learning, a more established educational method in which students collaborate to tackle broad, open-ended problems, with a teacher providing guidance, though not necessarily a lot of instruction.” Video games seem to open up a whole other door to educational gamification.

Personally, when I tutor elementary school children, I use games like Math Hangman and Reading Races to get my students excited about the material. I think gamification is a useful combatant against boredom and definitely had an impact on making me a knowledgeable (albeit not physically fit) elementary-school student. If gamification can contribute to lowering that 47 percent of dropouts who leave because they’re not engaged, I say bring on a little more fun and games in the classroom.

The game of chess was derived from Chatarung, a two-person Indian war game dating back to 600 CE. Persian traders brought the game to Europe around 1000 CE, where it spread and rose in popularity. Interestingly, the game at that time was much slower. Why? Because the queen’in today’s rules, the most powerful piece—was tied with the bishop for least valuable player. Sometime in the 1400s, the rules were changed, and the queen was given the power that we are familiar with today.

One of many famous chess aficionados was Benjamin Franklin. Franklin spent many hours not only playing chess, but also writing “The Morals of Chess and Diplomacy.” In the essay, the philosopher and inventor contends, “Several very valuable qualities of the Mind, useful in the course of human Life, are to be acquir’d or strengthened by it, so as to become habits, ready on all occasions.” Considering we still play the game hundreds of years later, it appears the child of Chatarung has stood the test of time.