All the World’s a Stage: Shakespeare’s Plays in Different Languages

All the World’s a Stage: Shakespeare’s Plays in Different Languages 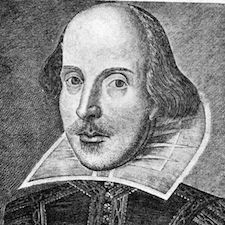 Last semester I completed an introductory course to Shakespeare’s plays, and I remember struggling with the language, hating that the relationships between the characters were even more complicated than the plot of the film Inception and laughing at the famous stage direction from The Winter’s Tale that read “Exit, pursued by a bear.” But it is the variety of reactions and emotions in the audience that make these plays great, and by translating them into different languages around the world, some theater companies are reinventing the universality of Shakespeare’s work.

Shakespeare is known for his comedies, tragedies and sonnets, all of which have been recreated, remade and reinvented any number of times since he first wrote them in the sixteenth and seventeenth centuries. His plays especially have been translated into many different languages, including British Sign Language. There have even been performances in Klingon for anyone who is both a Star Trek and a Shakespeare fan.

In 2012, Shakespeare’s Globe Theatre in the United Kingdom staged several of Shakespeare’s plays in 38 different languages as a part of the Cultural Olympiad.  Dominic Dromgoole, the Globe’s artistic director, stated that the company was trying to show Shakespeare as an international language. The productions in the Olympiad included The Tempest in Arabic, Julius Caesar in Italian, King Lear in Aboriginal, The Taming of the Shrew in Urdu and Titus Andronicus in Cantonese.

However, some worry that the plays may not hold the same value or the same meaning in another language. For instance, iambic pentameter is difficult to duplicate into other languages and can sometimes make the play twice as long when the meter is attempted in a translation. The plots are also a cause for worry for some; the play is often altered to fit the culture and social norms that accompany the language. For example, in Romeo and Juliet the suicides of the title characters are tragic to some audiences, while in other cultures, such as Japan, the act may be considered honorable.

In defense of the translations, the director of a Chinese production of As You Like It in Beijing states: “But [humor] also does not translate in English—because it is fair to be reminded that we don’t speak the language of Shakespeare.” Additionally, with each translation Shakespeare’s plays become like new and, as Brendan Cole notes for the BBC, “foreign audiences get to hear it for the first time.”

Nearly 400 years since Shakespeare’s death, his work is still being transformed again and again on stages all over the world in several languages. As a result, no two productions are alike, which is part of the fun of seeing them over and over again!

About the Author: Nora Chan

Nora is a Junior Project Manager at PSG. She loves to knit and crochet in her free time. She's even inspired some of the office to start! She also loves coffee, reading and anything Disney. Her favorite literary character is Winnie the Pooh!